NCCC catering to the needs of the communities for decades

Since its founding in the 1950s, the New City Commercial Corporation (NCCC), has grown into one of the major players in the retail industry, not only in Davao City but also in and out of Davao Region.

Its founder, Lim Tian Siu, despite the many challenges faced in the early years was determined to bring the company into greatness. However, he did not do this alone. He did this with the full support of his wife, Ko Giok Loo, and their children.

Over the course of its growth, NCCC has been known as developers of major community retail chains like NCCC Malls, Supermarket, Department Stores, Choice Mart, Hardwaremaxx, Cinemas, City Foods, Helen’s Farms, and HB1.

While no major retail chain has yet to open a major mall in Puerto Princesa in the 90s, NCCC took the risk to establish its first mall here, NCCC Mall of Palawan, in 1991.

By 1999, the company expanded its branch in Tagum City with the opening of NCCC Mall Tagum.

In the early 2000s, the company started planning for its biggest mall yet, the NCCC Mall Davao in Maa.

When it was completed in 2003, NCCC Mall Davao served the communities in the Southern portion of Davao City offering premier lifestyle components.

With the changes and evolution of the Dabawenyo shoppers, NCCC Malls did not hold back when it announced in 2016 that it will put up a P1-billion mall in the Buhangin area catering to Dabawenyos living in the Northern part of the city.

In October 2017, NCCC topped off NCCC Mall of Buhangin at the same time announcing that it is set to open its doors to Dabawenyos by 2018.

The new mall offers Dabawenyos a different lifestyle experience as it will feature a local, national, and international brands; green architecture; and an advance cinematic experience.

The NCCC Cinemas in the Buhangin mall are equipped with the latest Dolby Atmos Sound Technology, with a 7.1.4 Dolby Atmos system offering its viewers the best cinema experience.

March of 2019, in the pursuit of expanding further, NCCC has acquired and took over the management of Victoria Plaza, Davao’s very first mall which opened in 1993.

However, NCCC did not only excel in terms putting up malls as it has also been aggressive in establishing its business units within Davao City and its neighboring cities and municipalities to cater to the needs of the communities.

Banking on the booming economic and business climate of Mindanao, NCCC at present, has 150 stores, in all formats, throughout the country.

Decades after its founding, NCCC has developed itself into a major player in the retail industry in the whole country especially when it comes to developing local malls or retails shops.

In the years to come, NCCC is committed to continue develop retail chains that will cater to the needs of the public. 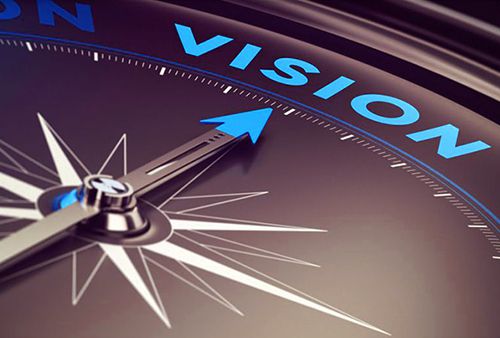 We are determined to become “A leader who cares”.

In the strategic sense, we desire to become a market leader and the preferred destination in all areas of our business in the places where we operate.

In the financial sense, we aim to be the most financially viable in the industry.

Finally, in the organizational sense, we want to be the most preferred employer in the communities where we are present.

As a leading ang preferred destination in the areas where we operate, NCCC is committed to provide our customers with all their shopping needs, the highest quality of customer service, and value for money.

Our stores and malls will always be safe, clean, wholesome and fun destination for the family.

We keep our operations simple, efficient and profitable to continue to generate employment and be a responsible corporate citizen in the communities where we are present. We create and maintain mutually beneficial business relationships with our suppliers and service providers.

Our associates understand that the company is a caring organization worthy of their loyalty, dedication, excellence and hardwork. 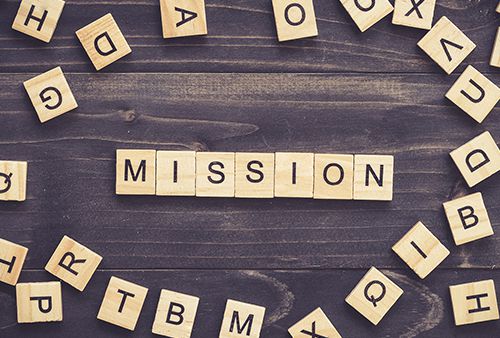 We put our CUSTOMERS first and strive to secure their loyalty by giving the best value for their money.

We VALUE our EMPLOYEES as our associates and we shall seek to help them achieve their full potential.

We embrace INTEGRITY in all our business and corporate transactions.

We shall extend CARE to our community by extending efforts and services to make it a better place in which to live, work and grow.

We are a leader that embodies dignity, always working hard with integrity. With humility we care for the customers, associates, business partners, and the community towards continuous excellence while having fun along the way.

"The mother of all core values"

We show high respect for oneself and perform duties with highest degree of professionalism. Endeavors good influence to others. Values self-worth and self-esteem.

"The essence of charity"

We take good care of our business partners, our associates, and our customers. We aspire to become one’s second family by helping each other become better individuals.

"The real secret of success"

In life, not everything is given in a silver platter. We work hard to be successful. Success, more often than not, comes from a person’s dedication to one’s work.

"The essence of one’s character"

The pillars (founders) of our business are our inspiration. Their experiences taught us the relevance of our company core values and we consistently strive to live up to these values in the performance of our responsibilities.

"The foundation for continuous improvement"

We aim to be the best in the areas where we serve. The goal for excellence never ends and we believe that there is always room for improvement.

"The spice of life"

We promote an environment where associates enjoy their jobs. Various programs are created to promote such work environment. We believe that productivity and satisfaction are highly correlated.

"The key to greater learning"

Despite the company’s numerous feats, we want to be modest at all times. We give respect to our associates because we want them to reciprocate that respect.
PRESENTATION SKILLS
It aims to learn the skills and techniques an association needs to deliver an effective powerpoint presentation in meetings, presentations and the like.
WORK-LIFE BALANCE
It discusses concepts and principles on Work Life Balance. It aims to identify stress factors, both at work and at home, the strategies and tools on life management.
TEAM BUILDING LNA RESULTS AS APPROVED BY BU PRESIDENT
A customized series of activities based on the result of LNA (Learning Needs Assessment) that would enhance the productivity of the requesting BU/CO.
SELF-IMAGE WORKSHOP
This module discusses the inward and outward look on self. It focuses on valuing one’s strengths and weaknesses.
RETAIL MANAGEMENT TRAINING
This program introduces the Fundamentals of Retail Management.
PUBLIC SPEAKING
It discusses how to speak confidently in front of a group especially during meetings, presentations and the like
PROFESSIONAL GROOMING
It aims to develop the professional grooming of the associate especially those assigned as front liners in the selling area.
PROFESSIONAL ENGLISH GRAMMAR AND BUSINESS CORRESPONDENT
It discusses the concept of basic English Grammar and how it is applied in business communication. It aims to increase the skill on composing letters, email, memo and any other form of written business communication.
NEGOTIATION SKILLS AND ASSERTIVENESS
It aims to teach the participants different negotiations skills and how associates can demonstrate each in various situations.
LEVEL UP TO SALES UP
It focuses on the different selling techniques to hit goals/quotas in the selling area.
LEADERS’ DEVELOPMENT PROGRAM
This is designed to create a curriculum for leadership enhancement that would incorporate all the competencies that a leader should develop in achieving the desired business results.
INTERPERSONAL COMMUNICATION
It is designed to help associates develop interpersonal skills and enjoy better relationships at work and home.
CUSTOMER CARE WORKSHOP
This is the Customer Service Level 2 module. This is the upgrade module for giving Amazing Service anchored on LEAD and Care steps.
Join us now! Send us a message