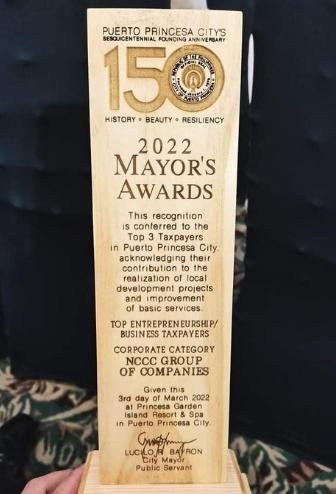 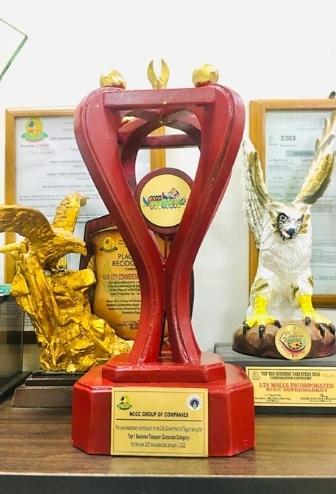 NCCC Group of Companies earns back to back achievement as the Top 3 and Top 1 Business Tax Payers in Puerto Princesa City and Tagum City, respectively.

The 2022 Mayor’s Award held on March 3, 2022 at Princesa Garden Resort and Spa recognizes the contribution of NCCC Mall Palawan to the realization of local development projects and improvement of basic services.  The award was received by Raymond Santos, mall manager.

This year also marks the 150th founding anniversary of the city. “We hold the Mayor’s Awards to publicly acknowledge the outstanding achievements and heroism of individuals, groups and organizations. We also recognize the hardwork and dedication of the awardees to help make Puerto Princesa City a better place to live in,” says Puerto Princesa City Lucilo Bayron.

Meanwhile, Tagum City celebrates Taxpayers Festival every January of each year where they recognize all top paying, early paying and non-delinquent corporate and individual taxpayers of the city.

Mayor Alan Rellon, in a recorded video, expressed his gratitude for supporting the City’s campaign for efficient revenue generation. “All of your contributions play a big role in manifesting the developmental class on economy and affordability of taxes, and uplifting the living conditions of Tagumenyos,” he added.

NCCC has been consistently included in the Top Taxpayers both in Puerto Princesa City and Tagum City for the past few years.