UA&P partners with NCCC to build school in Panacan 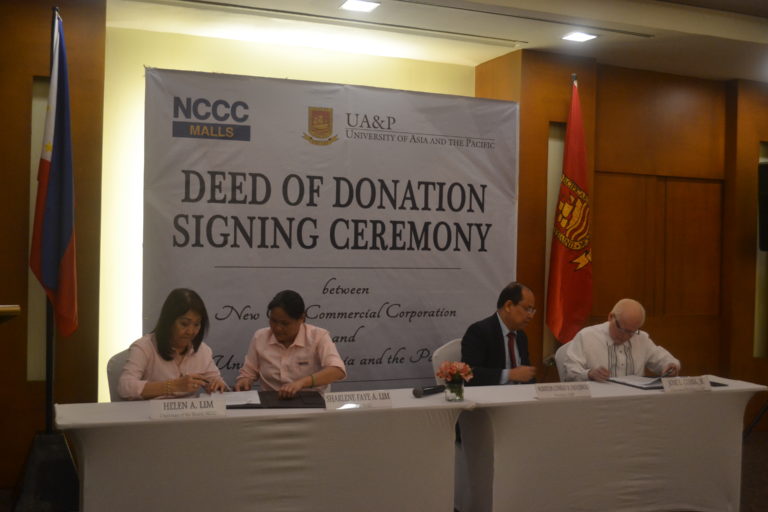 (L-R) NCCC Chariman of the Board Helen A. Lim, NCCC Malls President Sharlene Faye A. Lim, UA&P President Dr. Winston Conrad B. Padojinog and UA&P Chairman of the Board Amb. Jose L. Cuisia Jr., on the signing ceremony last Sept. 23, 2019

DAVAO CITY – Another prestigious academic institution is expanding in the city through a partnership with a homegrown company.

Lafayette Lim, NCCC Group of Companies chief executive officer, said during the Davao City Chamber of Commerce webinar Wednesday, that the University of Asia and the Pacific is building a business school at the project of his company in Panacan.

“This would translate to future corporate leaders and skilled workers,” said Lim, although he did not provide more details of the project.

He cited the education sector as among those “flourishing in this region as big and well-known universities in the country are now having their presence here in Davao City.”

Among those that have built their extension campus in the city as of late are the Malayan Colleges of the Mapua University and the Lyceum of the Philippines of the Laurel group.