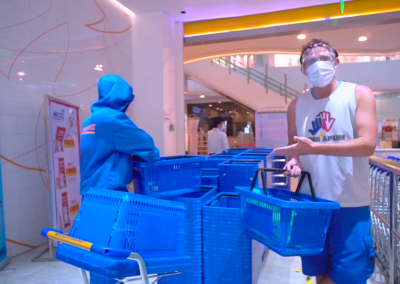 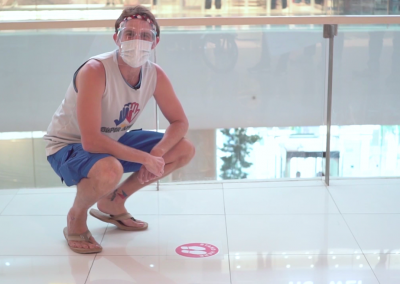 In the video featuring the influencer, he went to visit NCCC Magsaysay, NCCC Mall Buhangin, and Choice Mart Woodlane. Upon entering the establishment, he went through the necessary safety protocols such as hand washing, temperature check, and QR code scanning.

“They take safety seriously here in NCCC,” says Kulas as he points out measures taken to fight the spread of the virus. Wayfinding signages are placed for safety shopping distancing, disinfecting escalator hand railings and step markings, and protocol reminders placed in entrances as well as the regular presence of safety officers. Also, he explained how each baskets and push carts are being sanitized every after use making sure that its clean and ready for use.

Aside from showcasing its safety and health practices, he also touched on NCCC’s impact to its customers. He asked a shopper how NCCC has helped them, she answered him saying “affordable si NCCC and very convenient.” She added that its grocery has complete assortment of essentials needed for her home.

Another customer was asked how they stay safe while shopping. She responded that she chooses an establishment that follow safety protocols to avoid contracting the virus, thus goes to NCCC.

Meanwhile, one shopper advised her fellow moms to “get ourselves protected when we are out of the house” in relation to shopping in the new normal. She stressed the importance of wearing face masks and face shields and bringing sanitation essentials.

Additionally, Kulas advocates using ecobags because such simple thing can make a big difference for the environment.

The Canadian native vlogger is now based in Cagayan de Oro City. His YouTube channel, Becoming Filipino, has over 900,000 subscribers.